The global phenomenon that is Pokémon GO may have finally passed its peak of popularity, as statistics point towards the augmented reality mobile game losing users by the day.

Since launching in early July, Pokémon GO has had a meteoric rise. Not only did it recently surpass $200 million in revenue, but became the fastest selling app in United States history within days of launch.

The game’s requirement for the player to travel from location to location has spawned a media frenzy, with many unhappy with public spaces becoming a PokéStop or Gym fo players to capture Pokémon in. Nevertheless, the player base continued to grow as the game launched in other regions.

As we hit the end of August, that popularity is beginning to subside, with one independent analyst suggesting the popular app user base is starting to plummet.

While actual download numbers are still behind lock and key, reports estimate that over 10 million users have turned away from the game since the middle of July, a staggering number no doubt.

A drop-off of users was always going to happen given how large the smartphone market is and how fast the game was downloaded when released. Despite the chart shown above, the game continues to out gross every app on the chart, especially in Asia, where the game is played by many Android and iOS users.

What do you think, is Pokémon GO in decline? Let us know in the comments below. 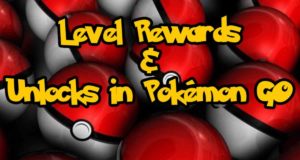