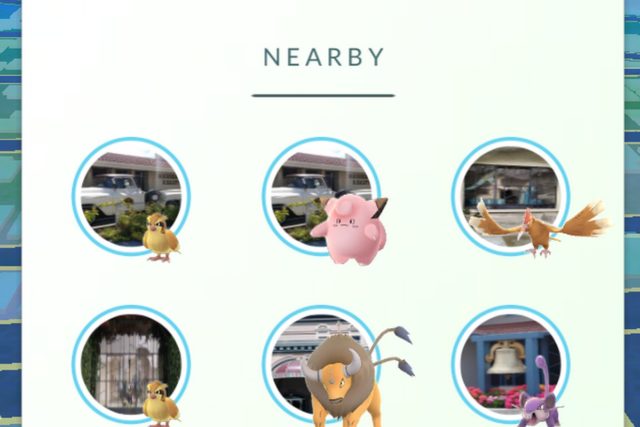 While Pokémon GO continues to be a global hit among smartphone users, the community are still unhappy with the post-launch support and how developer Niantic responds to the communities critique of the augmented reality game.

Things took a turn in the right direction on Monday, as the developer rolled out an update for Pokémon GO that introduces a new “nearby” tracking feature.

The previous “Nearby” tracking system was broke a mere two or three days after the game’s launch, only to see change over a month since its release. The system was meant to make finding Pokémon easier by using a footprint feature, the fewer footprints the closer you were to the Pokémon.

The new update came with a changelog that mentioned the new system, which eventually made its way onto Twitter.

Some more screencaps of the new @PokemonGoApp tracker #PokemonGo pic.twitter.com/Lsizu9DoKi

Only a subset of users availing of the update will notice two new sections, “nearby” and “sightings”.

“Nearby” Pokémon are usually found near PokéStops. Tapping one will cause the map to zoom out and give you an idea which direction to head and can be found usually around a block from the particular PokéStop. A circle also surrounds a PokéStop so the player knows the maximum area of which the Pokémon can be found in.

The “Sightings” section works slightly different and shows only grass behind an image of the Pokémon. When pressed it does nothing, so all you have to go on is that it’s nowhere near a PokéStop and currently in the wild.

Check out the update notes below:

It’s worth noting that the update is more of a test and the features packed in could change drastically before becoming available to the entire Pokémon GO player base.

Are you happy Niantic are trying to fix the issues with their tracking system? Let us know in the comments below.

Pokémon GO Guide – Common to Rare, Who’s The Hardest to...